Sierra Leone is located in West Africa and is about twice as large as the Netherlands . Although the country has always been in a difficult position, an eleven -year bloody and devastating civil war (1991-2002) brought the country more into chaos. The population had to endure indescribable  situations during the war years. With an average annual income of 500 euros, massive unemployment , an average life expectancy of 56 years, an infant mortality rate of 1 in 6  and large numbers of completely traumatized people from the war, people have to make great efforts to overcome these problems. 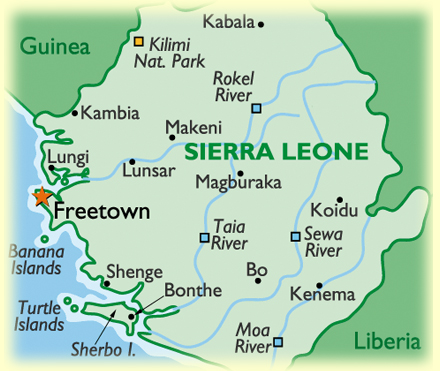