The year has passed again so fast. A lot has happened again, not only in the world, but also in Sierra Leone. And now is the time to put everything together.

Regarding eye care, there are a number of things that go on more or less continuously, but also new challenges: 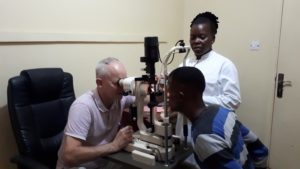 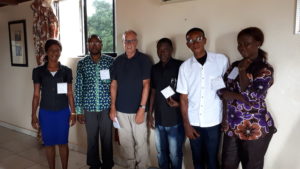 ‘The SECOM team with dr. Berend’ 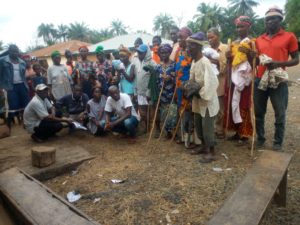 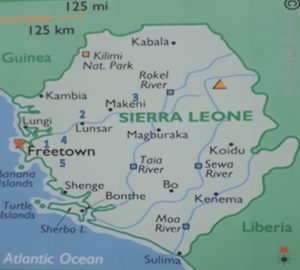 The individual courses all run steadily, there are no dropouts and everyone is very motivated. 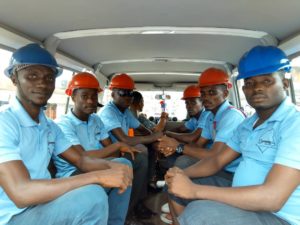 ‘On the way to the practice places ‘ 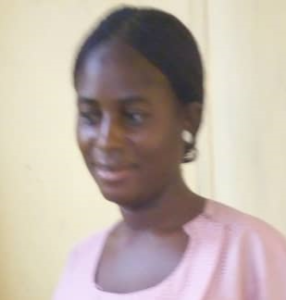 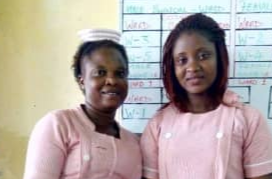 “I am Monjama Gbappie, I am a second year student in college of medicine and allied health sience (COMAS). I lost my parents during the Ebola in Sierra Leone. I was admitted to the college to study for the state enrolled nursing course but I was unable to attend because I had no sponsor by then. Pastor Umary of Bo recommended me to FAD who now gave me a scholarship. Since them, I am now enrolled and successful in the second year. I am much grateful to FAD in Holland, who are my great sponsors. Without FAD Holland, providing  fees and other assistance to me, I could not have even entered for the course”

“My name is Adama John, I am a beneficiary of the FAD Scholarship. I am an orphan and could not have entered for the state enrolled nursing course at COMAS if not for the support I receive from FAD. I am very grateful to Fad Holland and to FAD Sierra Leone”

“I am Rosaline Kargbo. I am a Sierra Leonean. My father was a teacher, he died in 2015. My mother is a poor woman. She depends of her gardening in the village and cater for my younger brother and sister. I completed my SECHN earlier. I was admitted to COMAS but did not have the money to pay my fees. A friend who went through GTZ nursing school in Waterloo, who was supported by FAD, directed me to the FAD team in S/L.  I told FAD my problems and the FAD in Sierra Leone, recommended me to the FAD in Holland. I am very grateful to the FAD in Holland for accepting to pay for me, give me clothes and other assistance to continue with my course. I am now in the second year”

The two medical posts that we support are doing well. Following on from Sumbuya, we decided this year also to support Masuri with medication. The government mainly deliveres to medical posts medicins for young children, pregnant women and malaria treatment. Almost all other medicines are not available in medical posts. So if people need medication, they have to go to the city to get it, this means in addition to the costs for the medication also costs for transport, and this is generally even more than the medication costs. Now that these two PHU’s can purchase the common medication themselves and be able to sell it for a small profit, the benefit is for several sides:

A positive development that we will certainly continue to follow closely.

At the beginning of this year, FAD received hospital uniforms from the Scheper hospital in the Netherlands. We have been able to give these uniforms to a number of teams of medical posts. It was received with great enthusiasm. The hospital in Lunsar also received these uniforms. 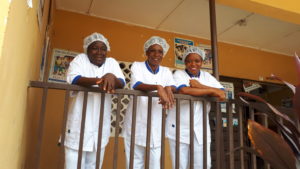 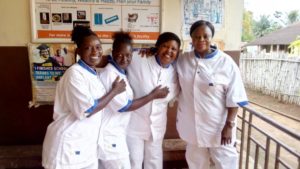 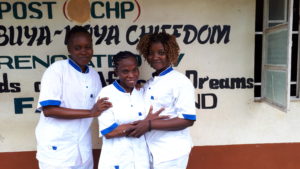 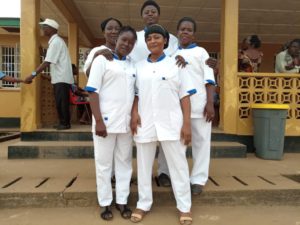 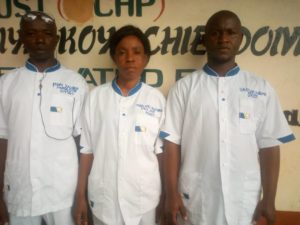 Next year we will also give other medical posts in the area these uniforms.

After the disappointing harvest of last year’s rice, due to the insect plague, FAD has given agriculture a new start this year. The 13 hectares are now mainly used for the production of cassava. Cassava is used as the basis for many local dishes, both the leaf and the carrot. 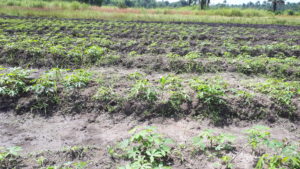 “The cassava that is just coming up” 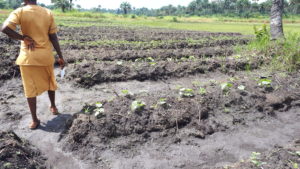 All cassava roots were planted in April, so far they are growing as planned. The first cassava leaf was harvested in November. 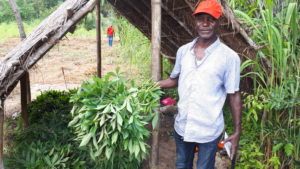 “The first harvest of the cassava leaf”

Next year it will also be possible to harvest the roots. When the roots are harvested, they must be processed by a machine, ground into pulp, to be able to offer them on the market as a salable product. The FAD has pre-financed the machine for farmers. As it looks, they will be able to amply repay the machine from the proceeds of the end product. We hope for this group that the harvests will go well. 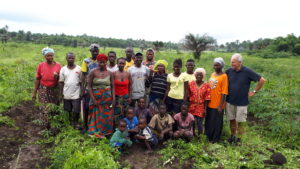 “The agricultural team in Fabaina”

The repayments of the microcredit come in drop by drop. It is a difficult process apart from a single village. In the coming year we are going to think about how we can better support people through a microcredit in order to get an income. Another challenge.

We would like to thank all those who have supported us with sportswear, hospital uniforms, typewriter, (baby) clothing, operating materials, financial gifts, etc. It is always heart warming.

Finally, we wish everyone a very healthy and pleasant 2020 and a warm greeting from beautiful Sierra Leone 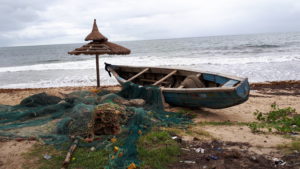